There many out of print abstract games out there and some are easier to recreate than others. Among those in the “easier” category is a game designed by John G. Hunter in 1960 called Chessers. A cross between checkers and chess, hence the combination of the name, it requires just a few simple pieces and an 8x8 chess board.

Creating the pieces in Tinkercad was pretty easy since most of the game uses basic shapes. For the King piece I literally took the letter “X” and raised the height on the model. 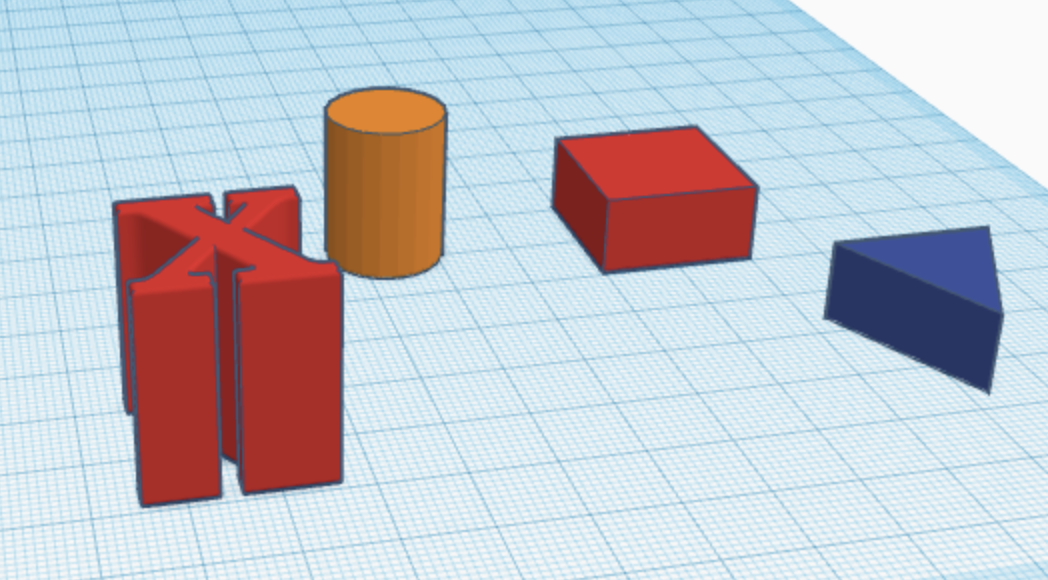 For those who are interested, all the STL files will be uploaded on the Chessers BGG page. Although 3D printing is not for the impatient, it’s nice to be able to recreate these out of print games and play them. 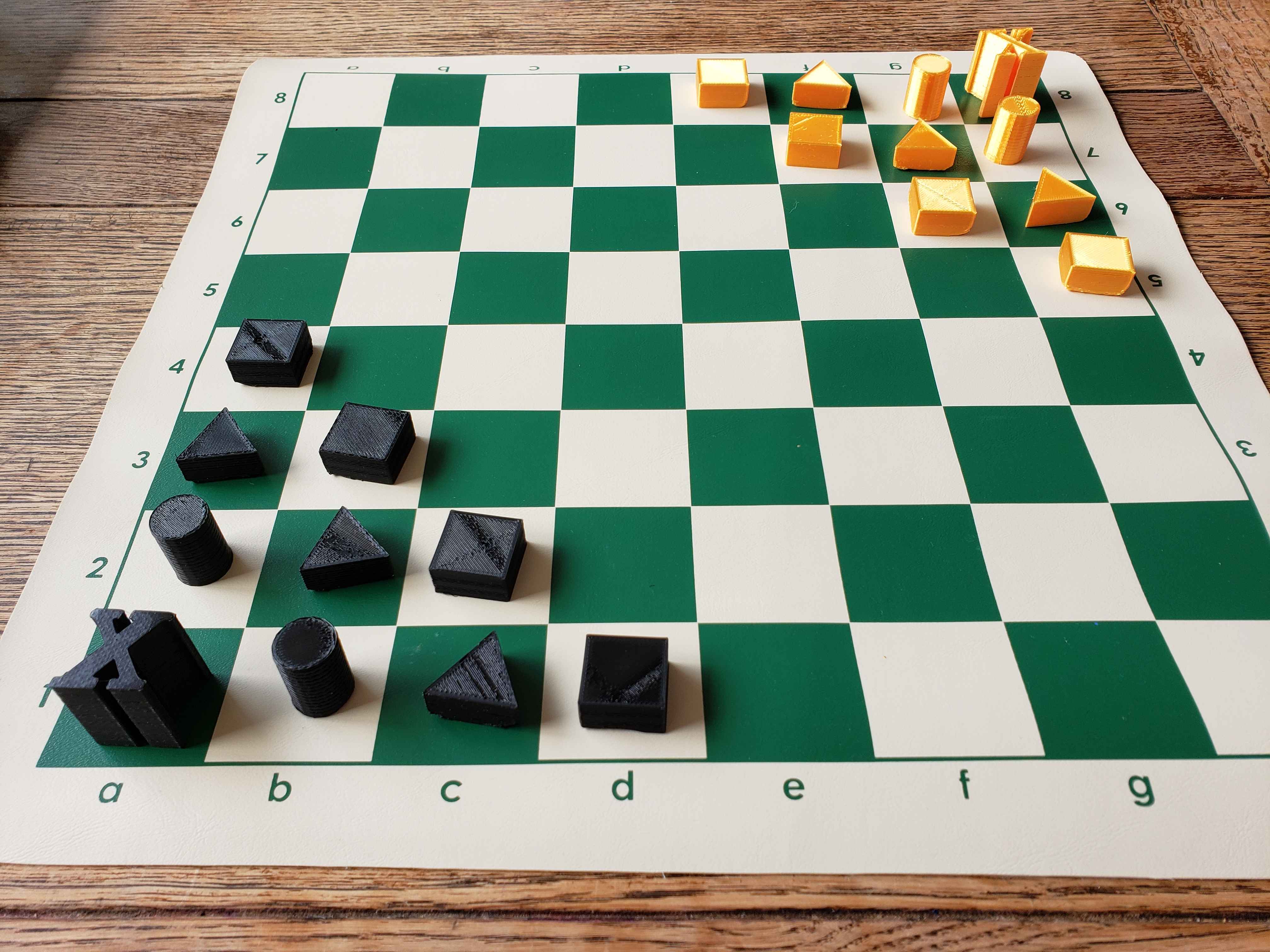 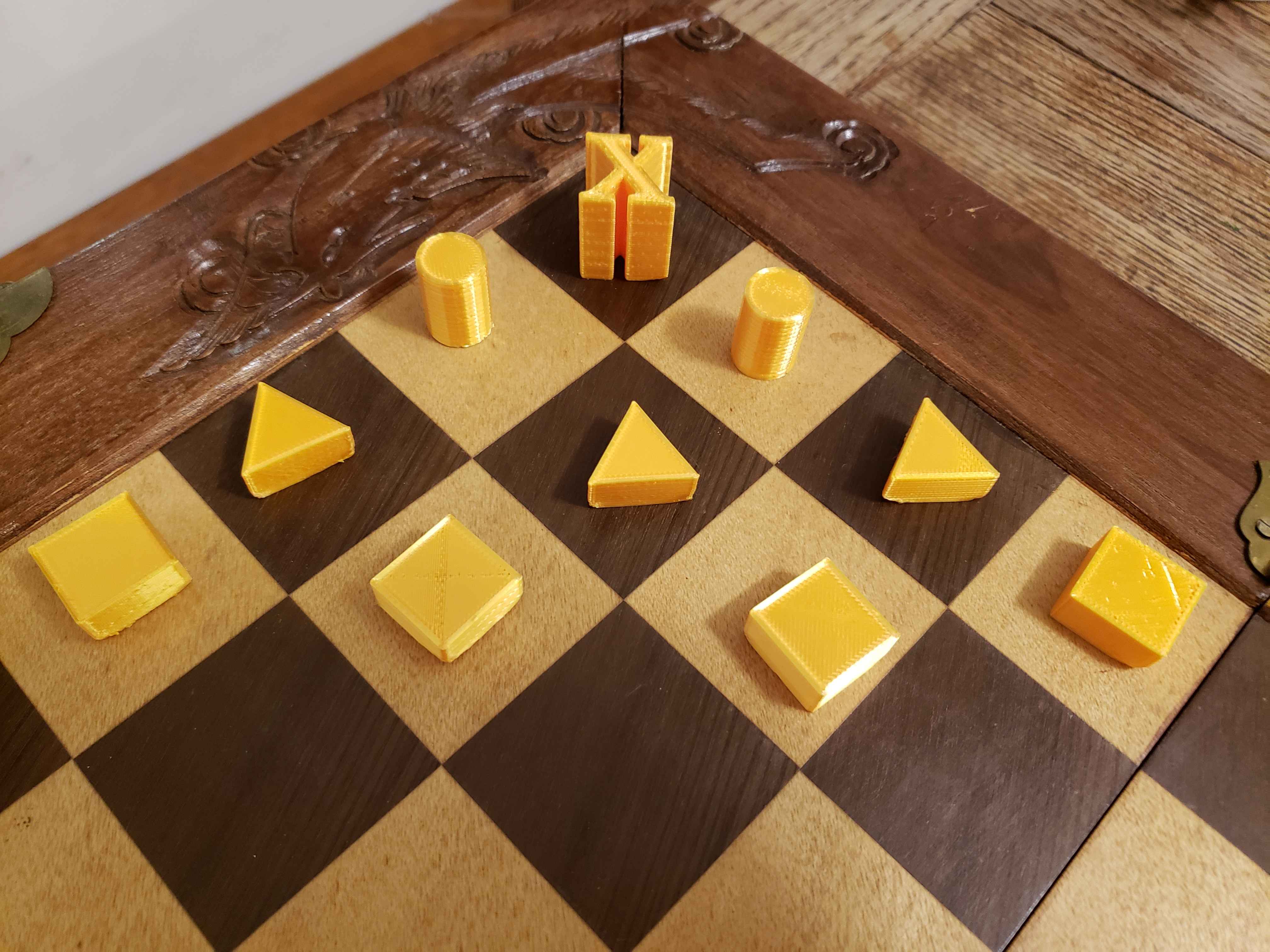 After a few games, I think Chessers is exactly what it advertises to be. An abstract game that is simpler than chess but with a bit more oomph than checkers. It’s a fun little game and definitely one will be routinely played again.