“Be it known that I, Anne Marriott Watson, a gentlewoman, a subject of the Queen of Great Britain, residing at Parkins’ Land, Eastleigh, Southampton, in the county of Hants, England, have invented a new or Improved Game, or which the following is a specification.”

I discovered Straits perusing boardgamegeek.com and was immediately fascinated by the hourglass shaped board and pieces. 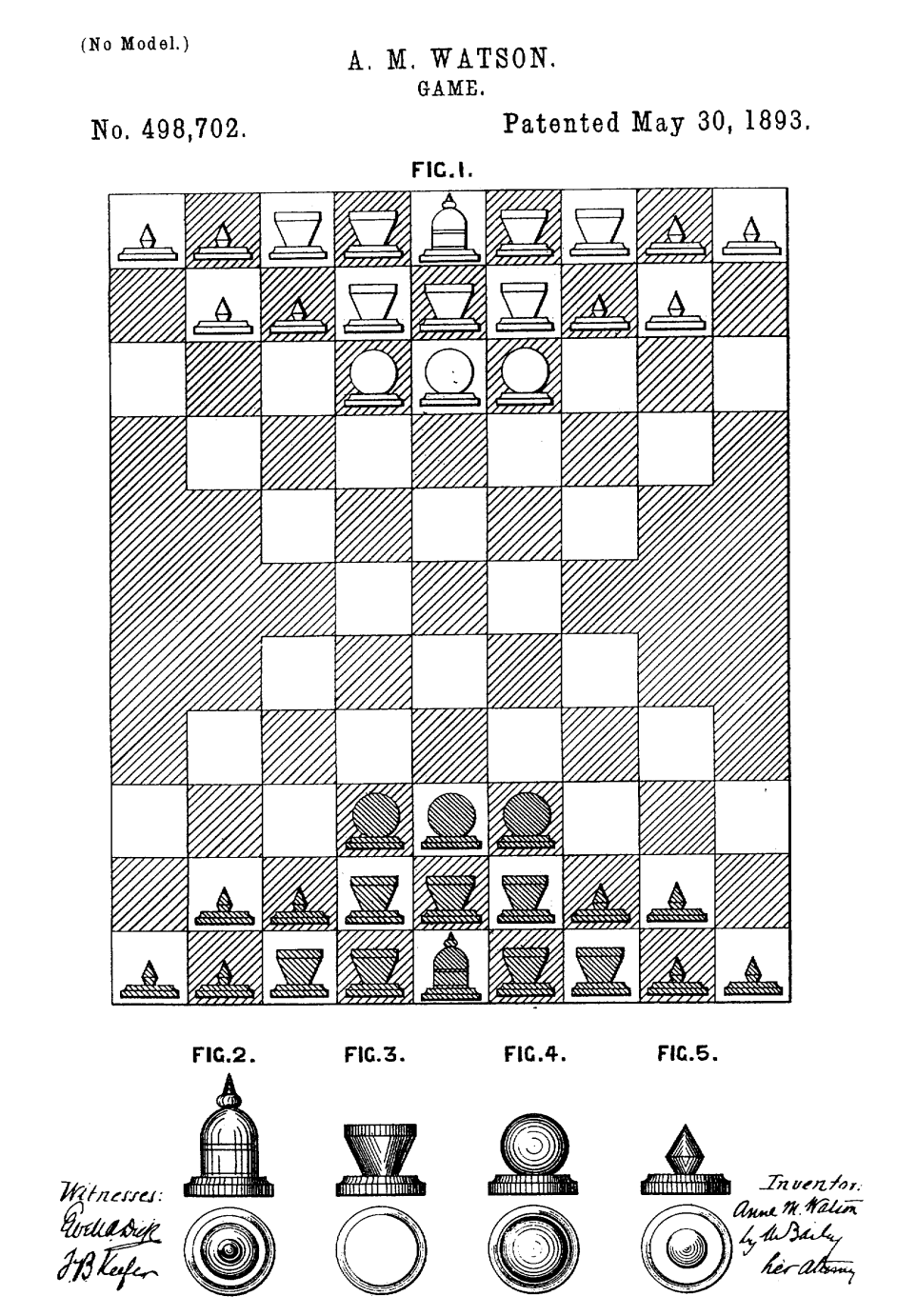 The rules are fairly simple and there are only 4 types of pieces.

The winning condition is to either move your Flag ship into the center square or checkmate the other player’s Flag ship.

With a desire to recreate this game, I started modeling the pieces in Tinkercad so that I could 3D print them. 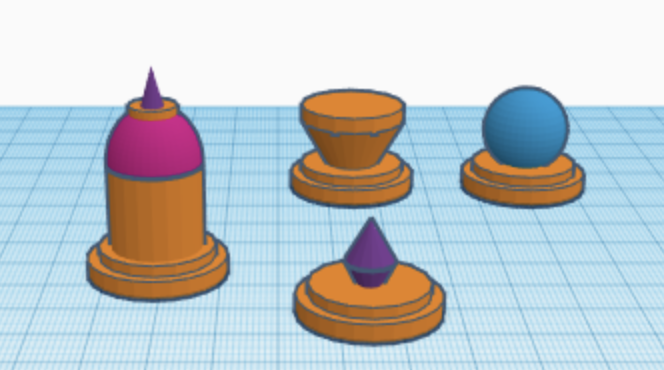 It was this process where I started noticing some interesting similarities with the piece’s chess counterparts. For example, the Gun boat with its sphere top resembles a pawn. The Flag ship is a tallest piece which makes it easy to remember as the most important. The Turret ship with it’s cylindrical flat top looks almost like a rook piece. And finally the Torpedo comes to a point at the top much like a bishop. It’s impossible to say if these designs were done this way intentionally. But I can imagine a game designer thinking of a way to provide visual clues to remember how each piece moves. In fact, this is how I remember when playing the game.

Next, I needed the board. I did a quick sketch using Excalidraw. It does the job, but at some point I would love to have a nicer looking board. 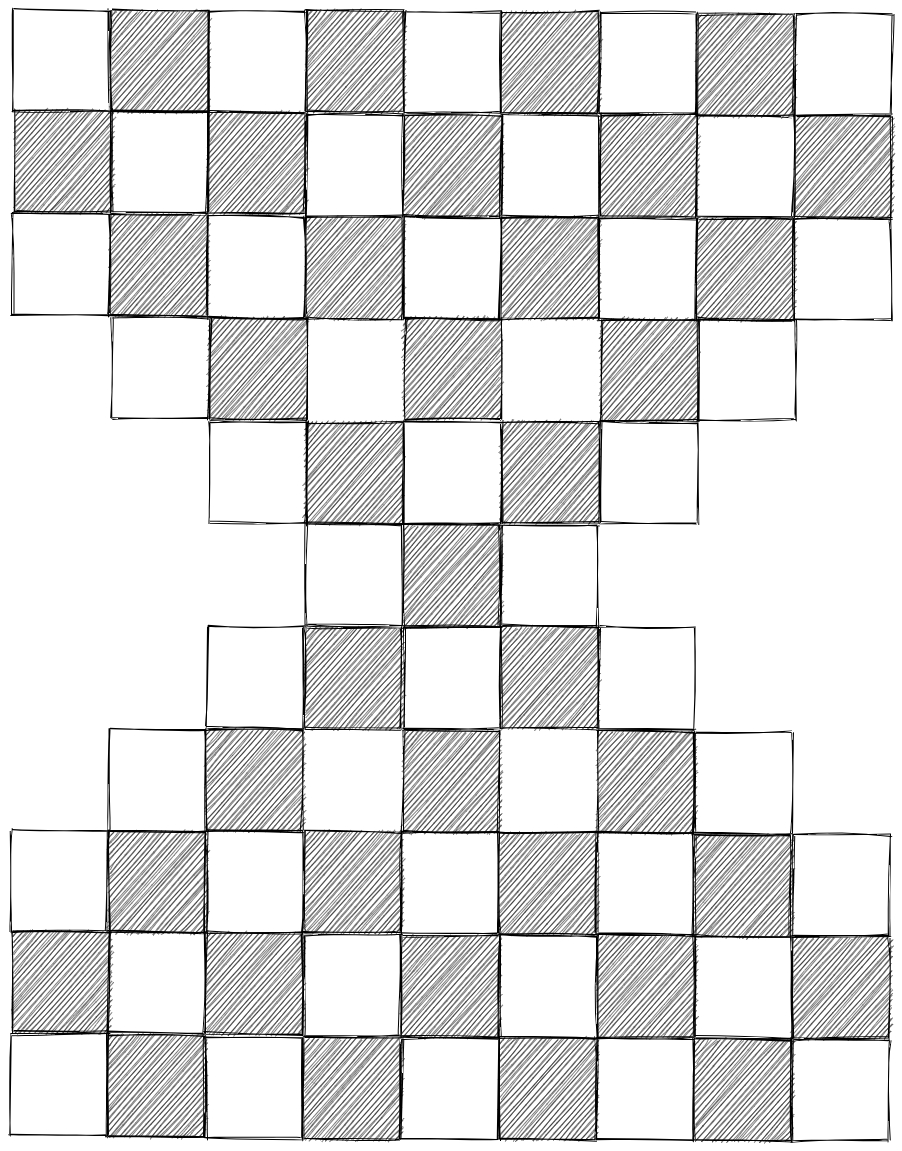 With the pieces and board printed, I was able to play a few rounds and really enjoyed it! Before discovering Straits, I had no idea who Anne Marriott Watson. Recreating her game almost felt like a journey of getting to know her. It’s amazing to think that this game may not of been played in over 100 years, but with a little curiosity and modern day technology, I was able to bring it back from the forgotten depths of expired patents. 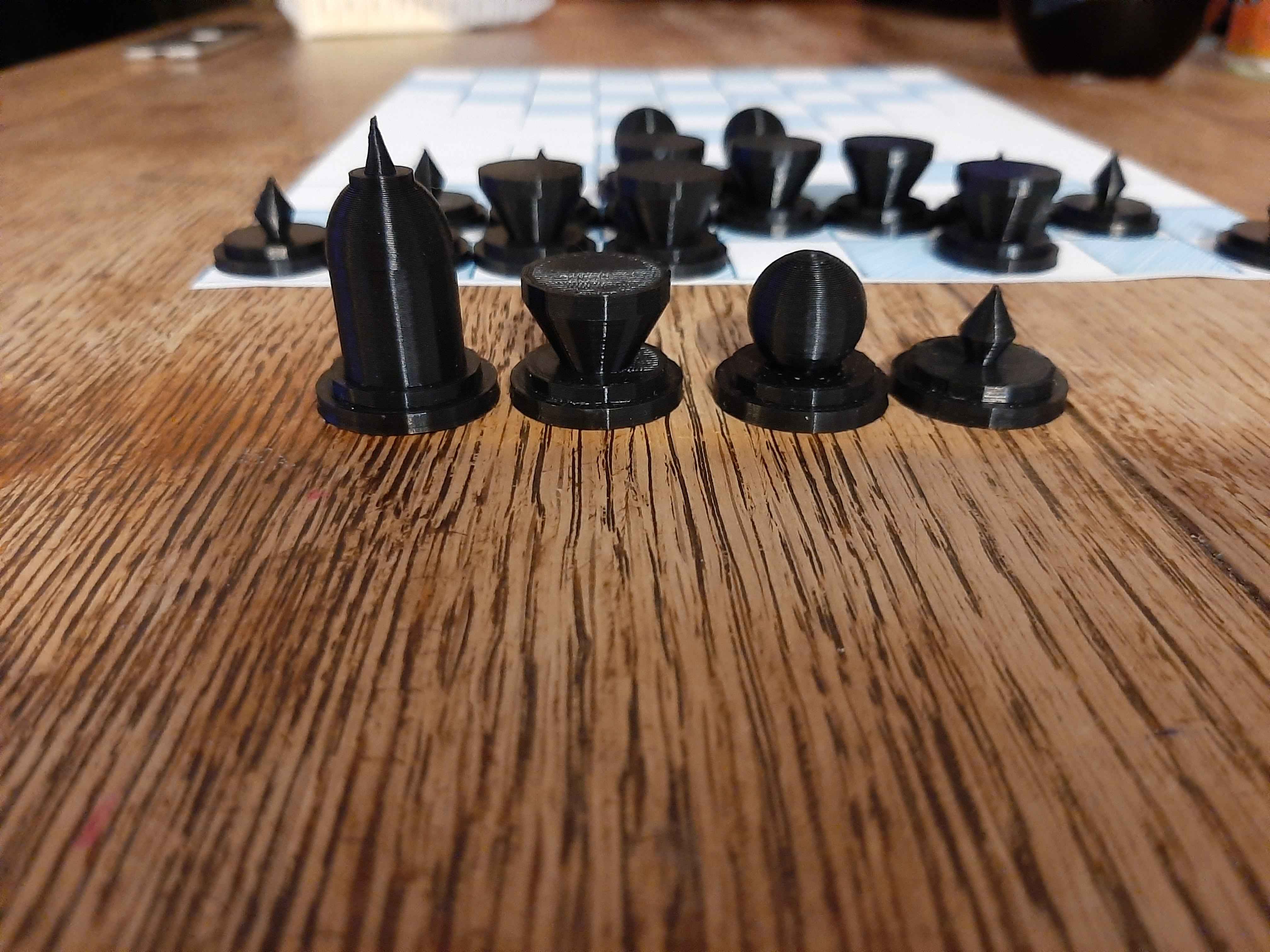 Feel free to grab all the files from the Straits BoardGameGeek page. I hope you enjoy it as much as I did.