A Review of Swords & Shields

Swords & Shields by Milton Bradley (USA) is another vintage find of a classic Tafl game. Published in 1970, it embraces the Norse tradition with decorative Viking themed graphics. The game give credit to its history with the following in the inside cover of the box: 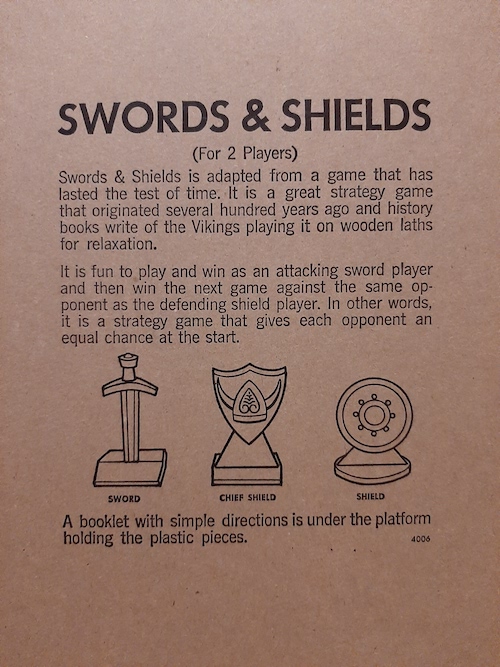 The components are pretty nice. The game board folds out to a large playing area and is made of a thick high quality cardboard similar to Monopoly or Sorry. The pieces are made of a light molded plastic with attractive details. My only complaint is they are little too light. I found myself accidentally knocking them over more times than I would expect. There are 16 attacking sword pieces, 8 defending shield pieces and a Chief Shield that acts as the King piece. The pieces are played on the intersection of lines. 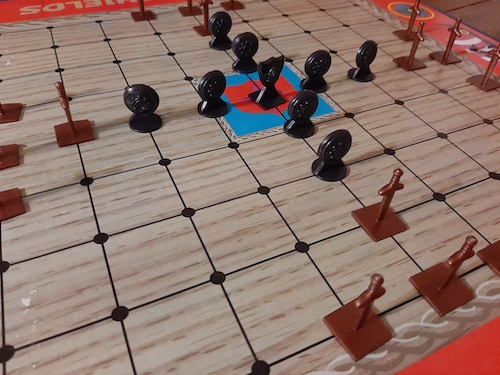 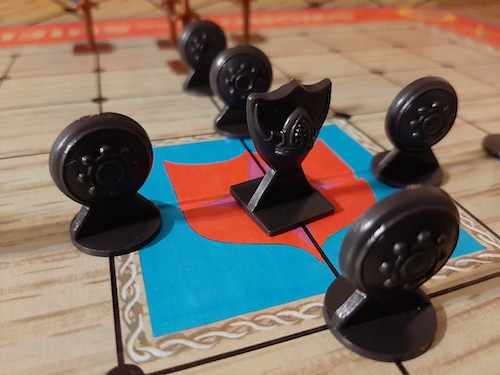 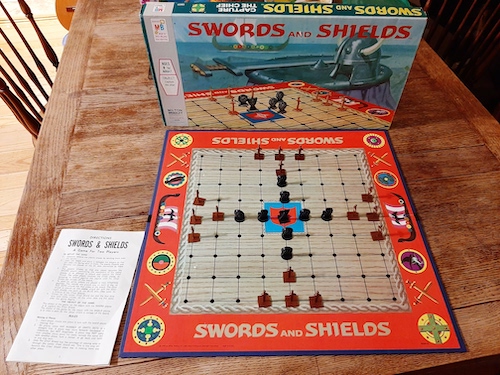 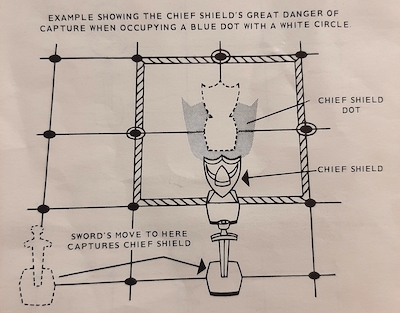 There is nowhere in the rules that suggest you can capture other pieces in this manner, so I assume this is a special capture case for the Chief Shield.

Swords & Shields is a great commercial example of a published Tafl game. It has pretty much kept most of the traditional rules in place with small variations. I like that the Chief Shield is most vulnerable right outside of the center dot. It forces the defending player to move its Chief quickly out of the center area where it may normally just sit for a while. It is also easy to pick up a used copy on a marketplace platform like eBay for anyone who wants to add it to their own collection.