My latest completed project is a Noggin the Nog themed dice tower that I made for my daughter. I didn’t actually make the box itself. I bought the unstained and unfinished plywood dice tower on Etsy for $12 and over a period of 8 months started working on it a bit at a time. I’m pretty pleased with the final product and my daughter was ecstatic to get it. 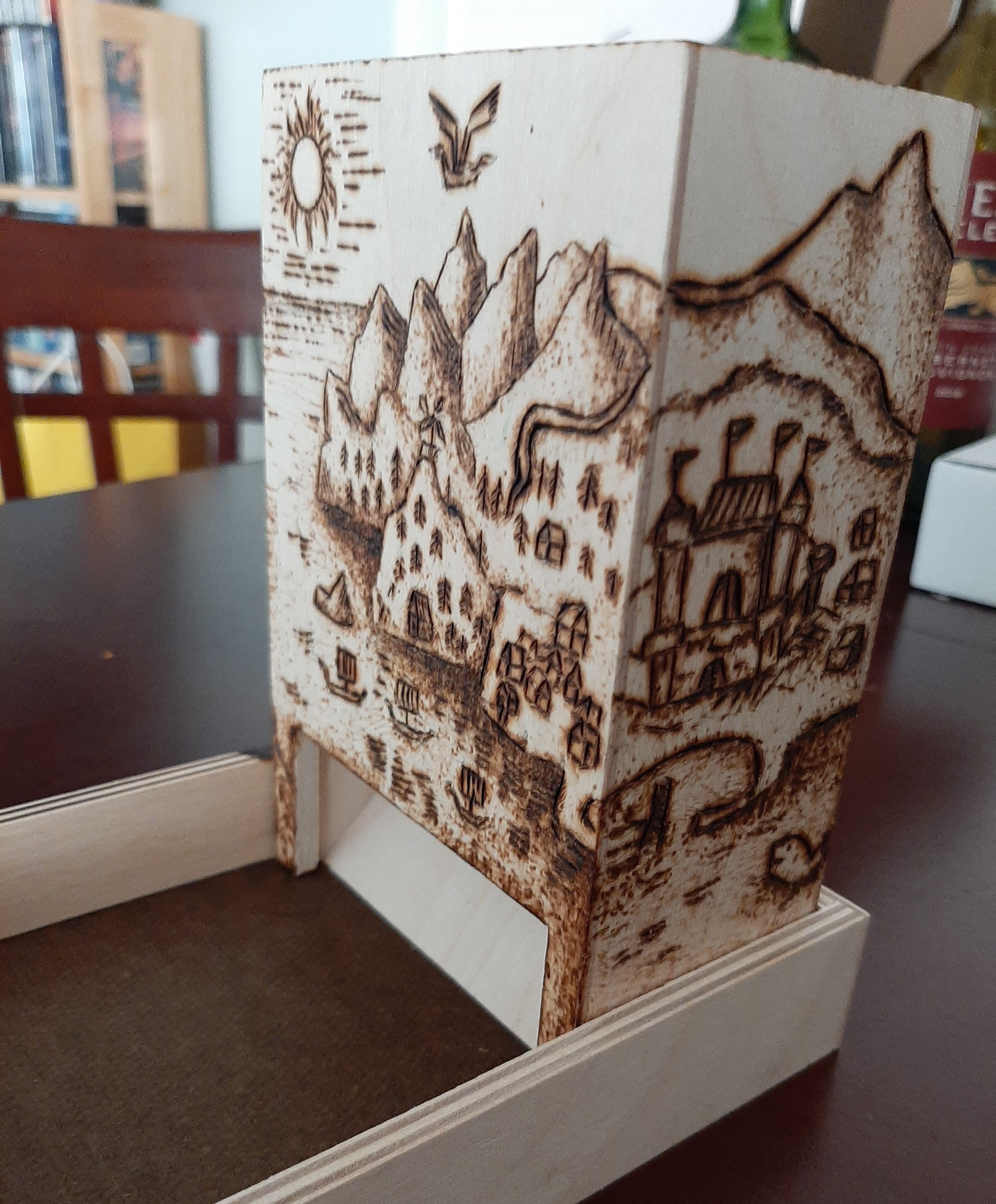 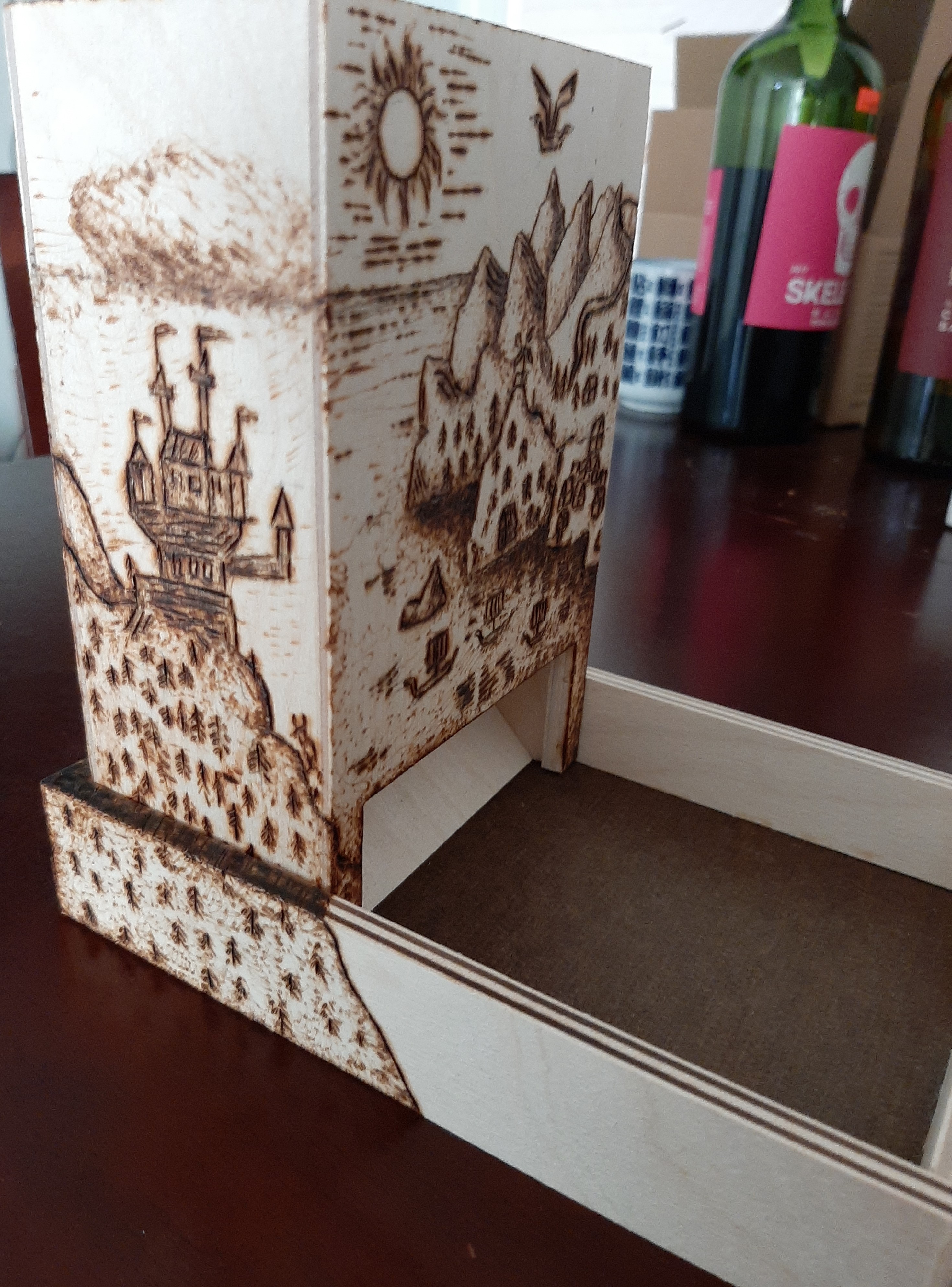 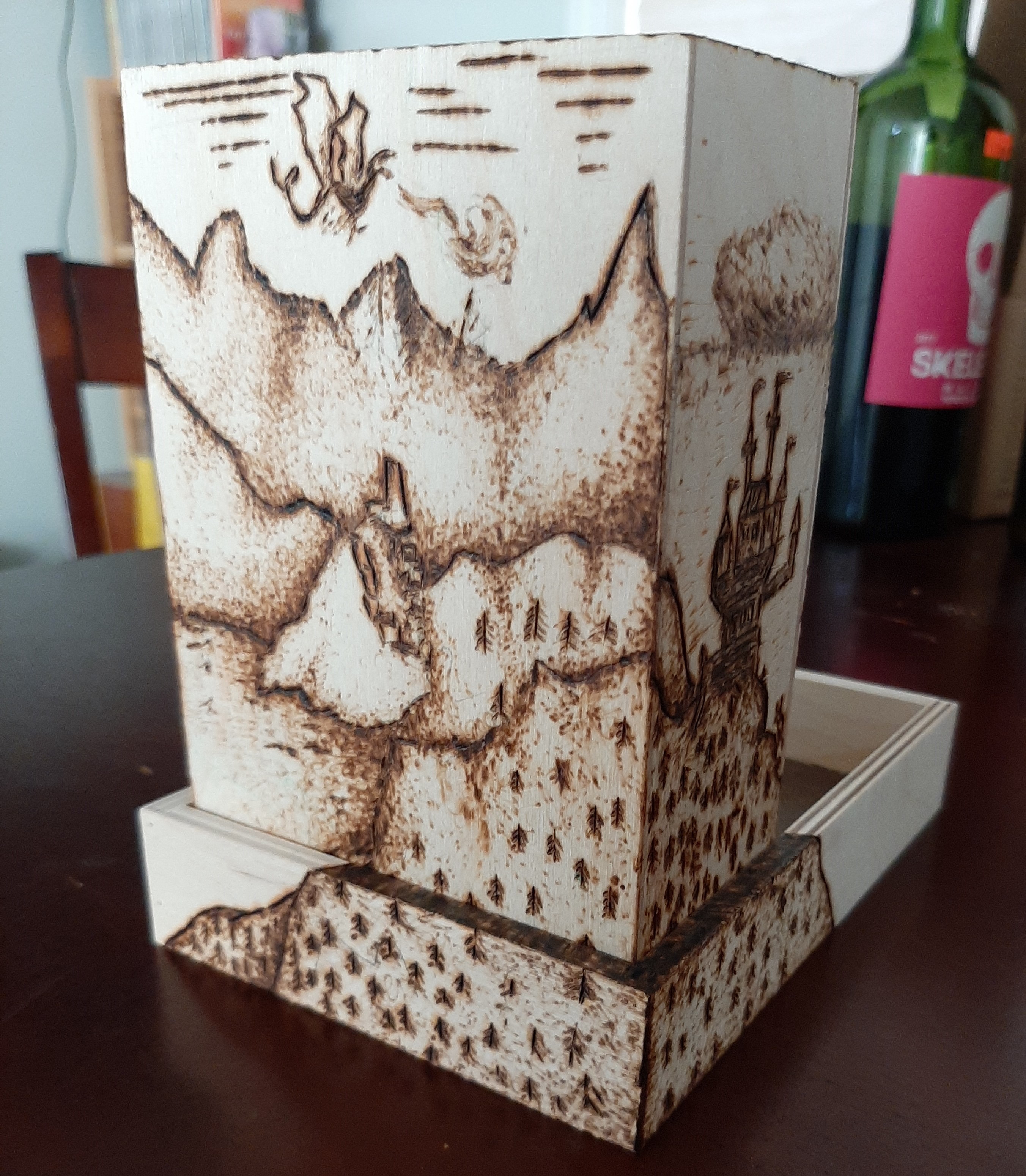 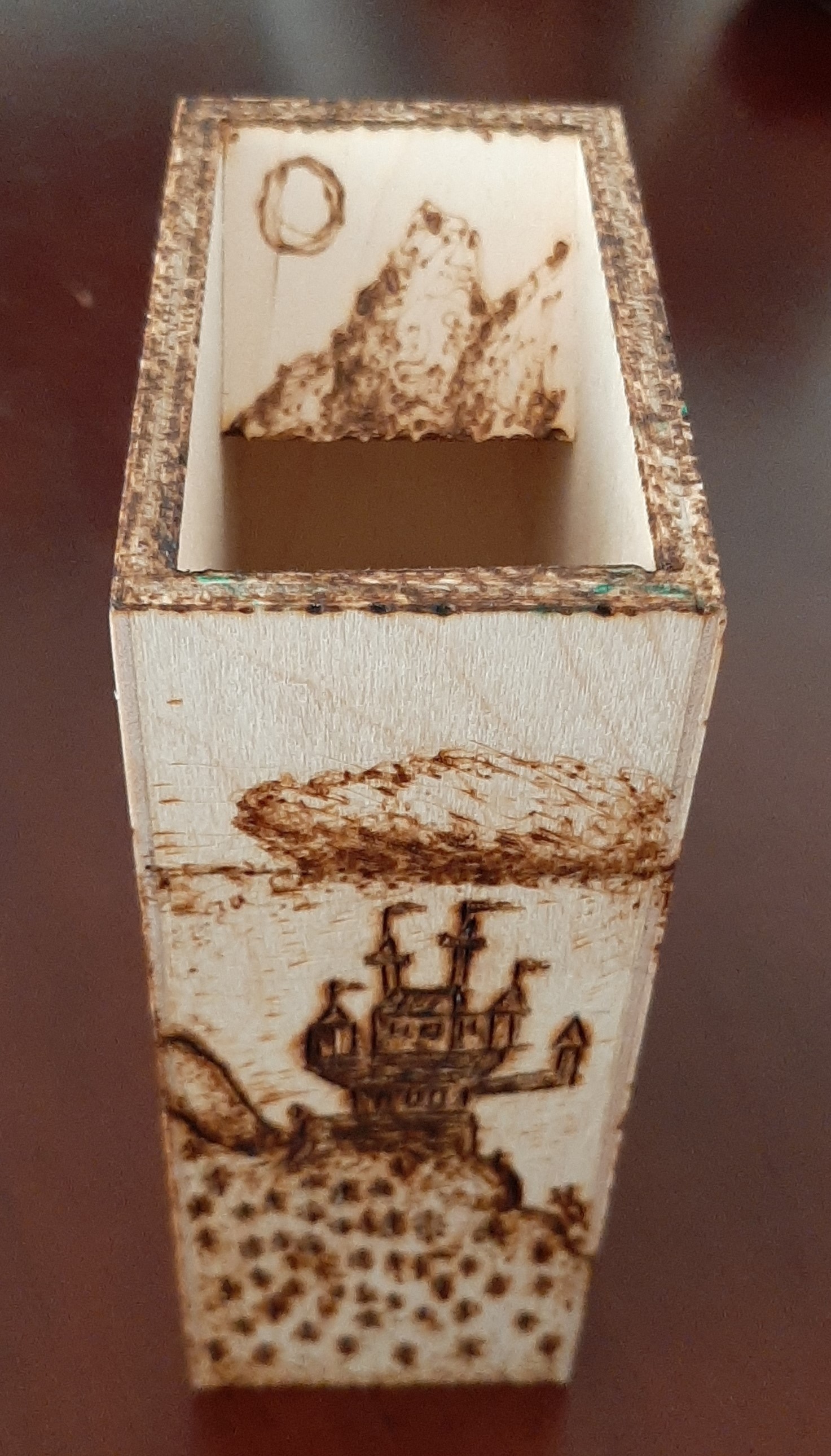 Noggin the Nog was a popular British children’s book and TV series. The TV series was originally broadcast in the late 1950’s and early 1960’s. The show created by Oliver Postgate and Peter Firmin is based around the character Noggin and his entourage. The characters are inspired by the Lewis Chessmen, which some have postulated could have been used to play the ancient Norse game, Hnefatafl. There is even a book in the series called “The Game” in which Hnefatafl is a central theme.

This was a fun project work on and it’s nice to take the time to work on 1 piece. I was thinking of making some Noggin themed dice, but I haven’t really figured out what that would look like. If you have suggestions, feel free to tweet me at @richfamilygames on Twitter.