Any serious Hnefatafl enthusiast will eventually find themselves reading about the largest known version. Alea Evangelii, meaning “Game of the Gospels” is referenced in an medieval century manuscript. The manuscript contains a beautiful diagram of this game on a massive 19x19 grid. It is said to have been played during the time of King Athelstan of the English. No game rules exists. The text on this manuscript is all allegorical containing metaphors for the gospels. It is interesting to note that the 19x19 grid is also used in the Chinese game of Go and like Go, the pieces are also played on the intersection of lines.

It is common to try to recreate this game on a Go board using the black and white pieces as attackers and defenders and perhaps a chess piece as the king. Although Tafl sets in general are becoming more easy to purchase in general on sites like Etsy or eBay, Alea Evangelii sets are a bit more obscure and harder to come by.

The Family Forever Games version is one of the only sets I’ve found for sale that is easily accessible and isn’t an expensive custom request. The components are simple but surprisingly well made. The two part canvas board (each panel is 11x14 inches) is felted and comes together to create the playing area. The playing board is a nice print on a sturdy stock paper and affixed onto the canvas. 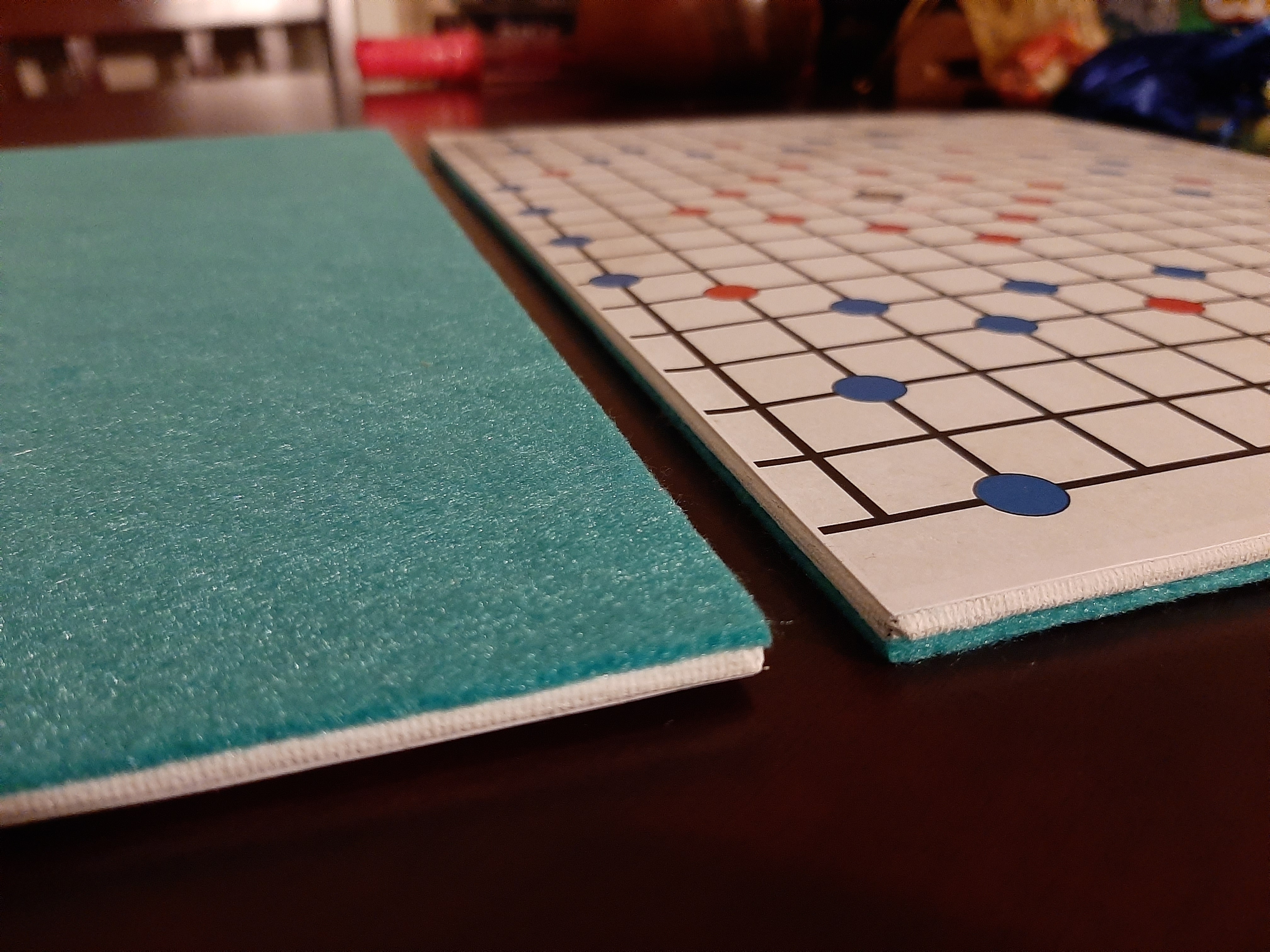 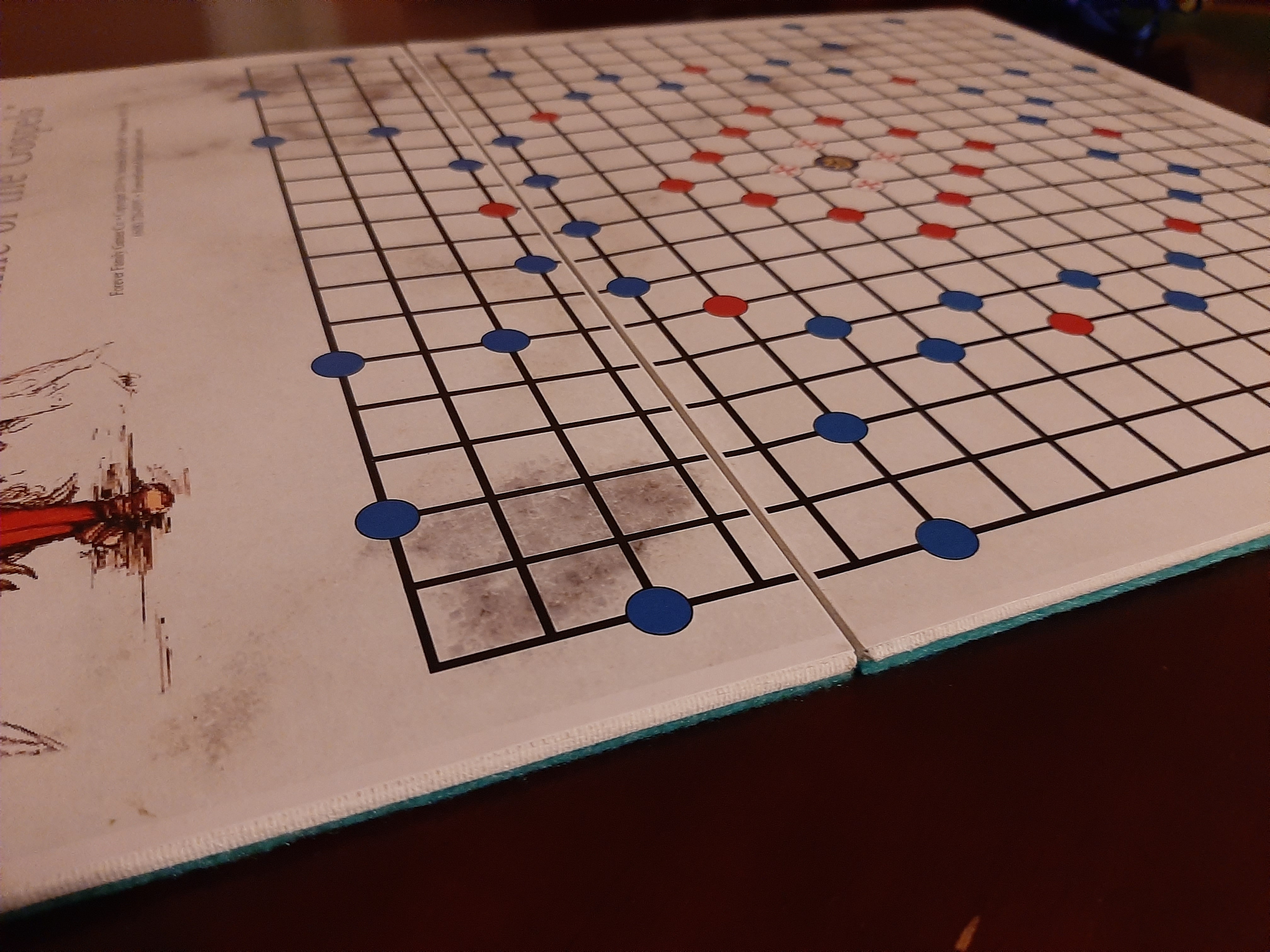 The king piece is a painted wooden pawn and colored glass gems (4 white, 20 red & 48 blue) make up the rest of the pieces. The board clearly marks where to put the pieces for easy set up. Everything comes nicely packed in a white cardboard box with branded stickers. 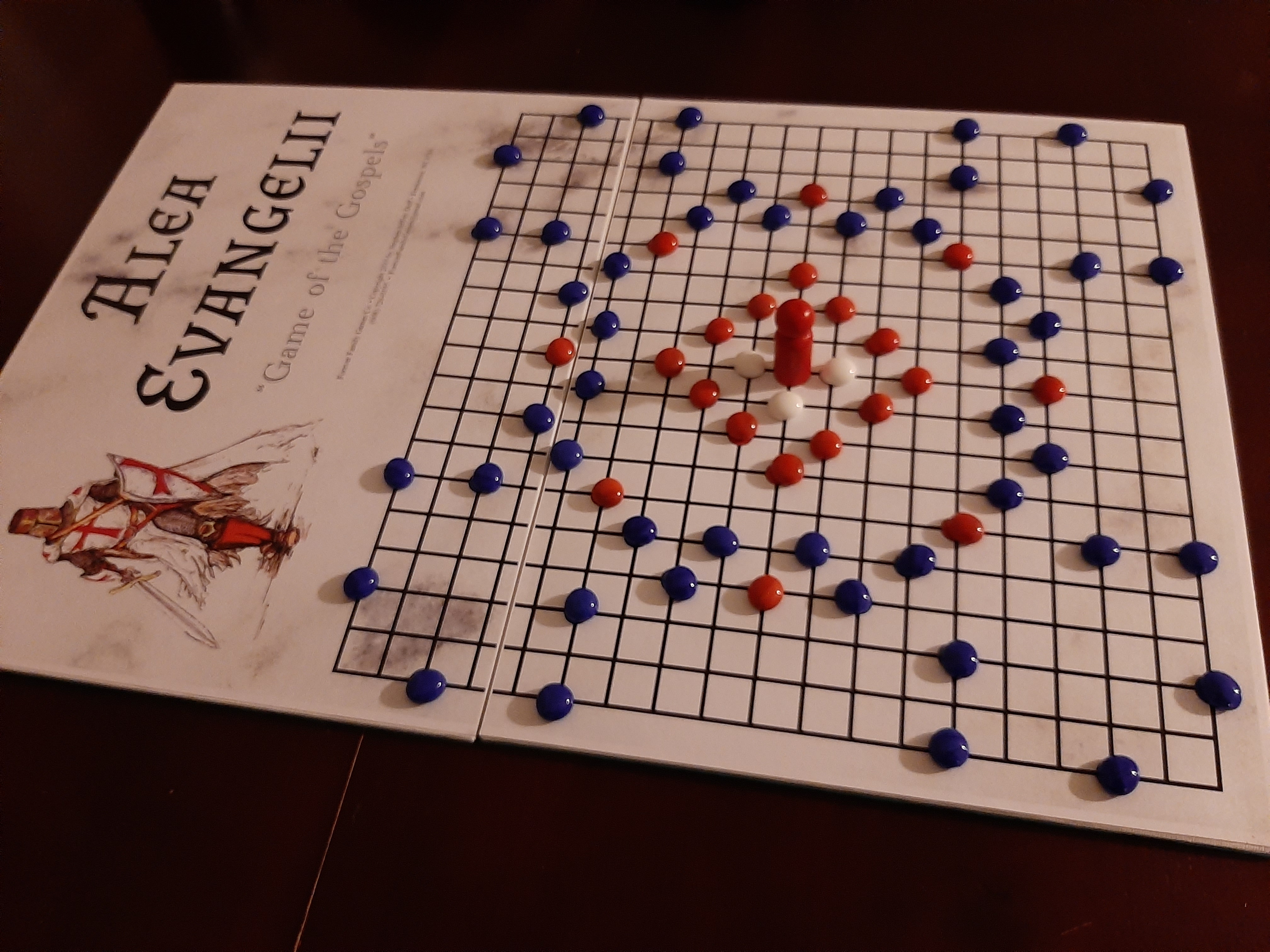 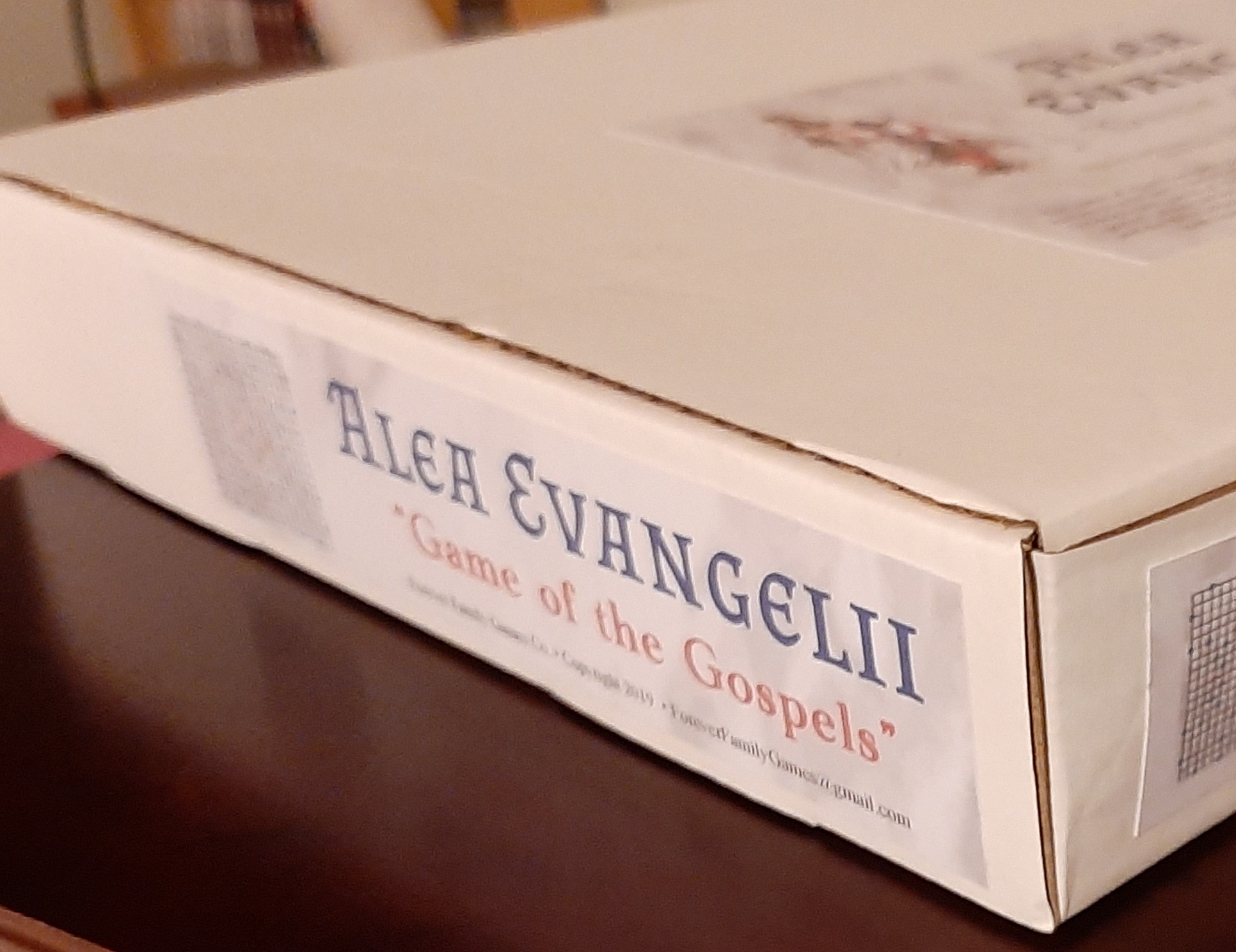 The board could use a couple tweaks to improve the gaming experience. The grid lines are a little too thick and I find the high black and white contrast to be a little straining on my eyes. I think this could be mitigated if the lines were about 1/2 its current width. Also, although the blue and red place markers are great for quick set up, I find them a little distracting during game play. I think it’s because they too closely resemble the actual glass gems and it would be nice it they were a little lighter in hue and color.

The set also comes with a 7 page rule set. The Forever Family Games version includes the use of “elite guards” which they call “bishops” represented by the white gems. Elite guards are a somewhat modern invention but are commonly seen in Alea Evangelii rules. The rule book also designates what I usually call “defenders” as “guards” and the “attackers” as “rebels”.

Assuming, the reader knows about the basics of common Tafl game play, the differentiating rules are listed here (of course the rule book contains every detail needed to play):

If you have interest in Alea Evangelii, this is probably the best and most reasonably priced option out there. As of writing this article, Forever Family Games has a Etsy store that sells it for around $40 (includes shipping and handling). I found that purchasing from their Storenvy store was cheaper (about $32) even after the Storenvy fees and shipping to California. Overall, I’ve been pretty happy with this set and enjoyed the games I’ve played so far.