Photoblog: Making a Cam Board

In 1882, George S. Parker of Parker Brother started working on a game called Chivalry. He wanted to create a game that was less complicated than chess but more interesting than checkers. It was published in 1887 but did not really gain mainstream interest. In 1930’s, the game was slightly modified, republished as Camelot and enjoyed it’s “golden age”. Camelot was said to be played by well known folks such as Jose Raul Capablanca and John F. Kennedy. In 1949, a smaller version of Camelot called Cam was released. The rules are pretty much the same as Camelot with some modification due to having a smaller board and less pieces.

You can easily find used versions of Camelot on eBay or etsy, but this is not so true for Cam. Since I really enjoyed playing Camelot (having picked up a used copy in the past), I’d thought it be a fun project to make my own Cam board.

I start off by marking off the playing are and filling in the castle squares. 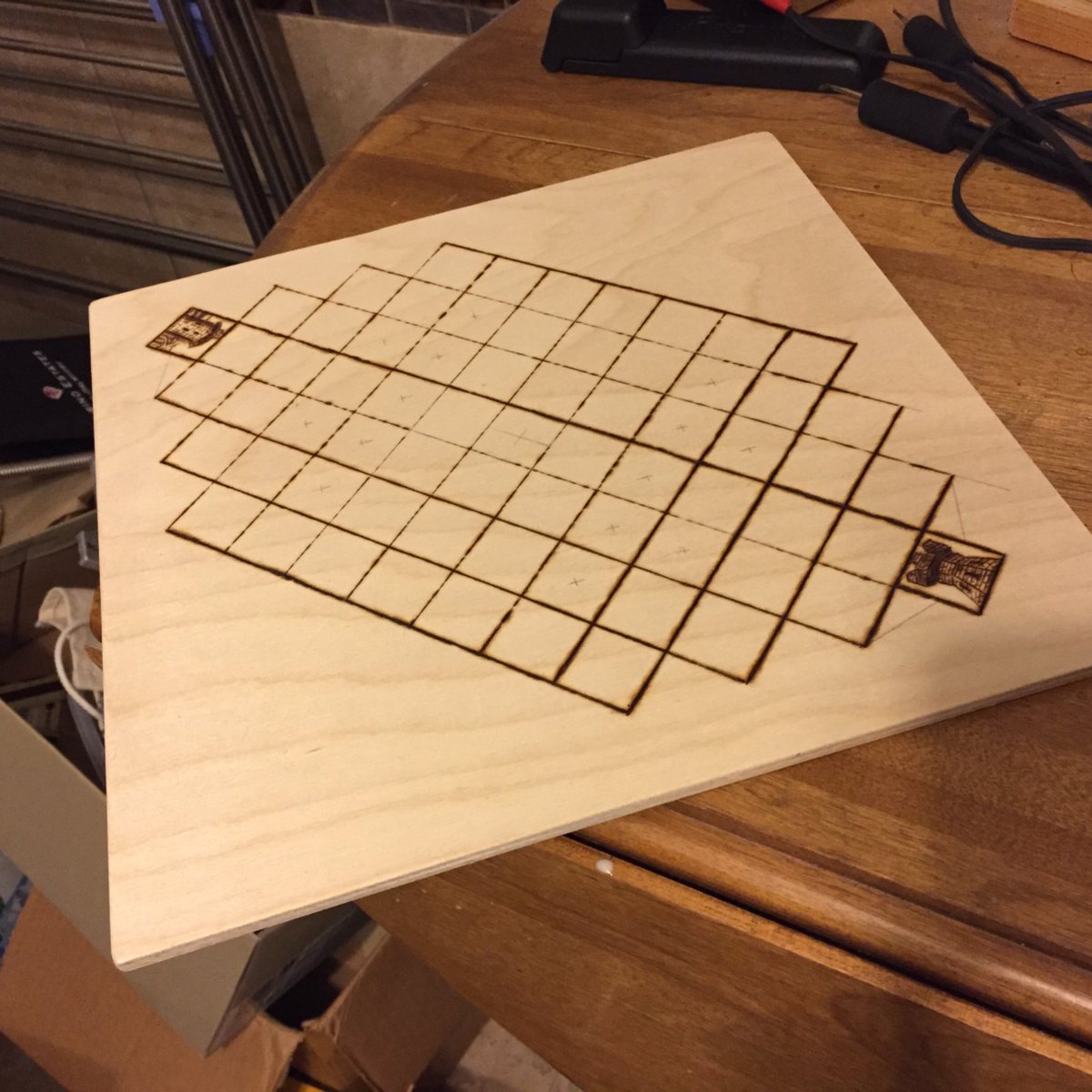 I continue to make progress and shade in every other square to give it a checkered look with the exception of the starting squares. Around this time I also decide to added some decorations inspired by the Clan Macdonald family crest. My family has connection to this clan and I thought this would be a fun way to personalize the game. 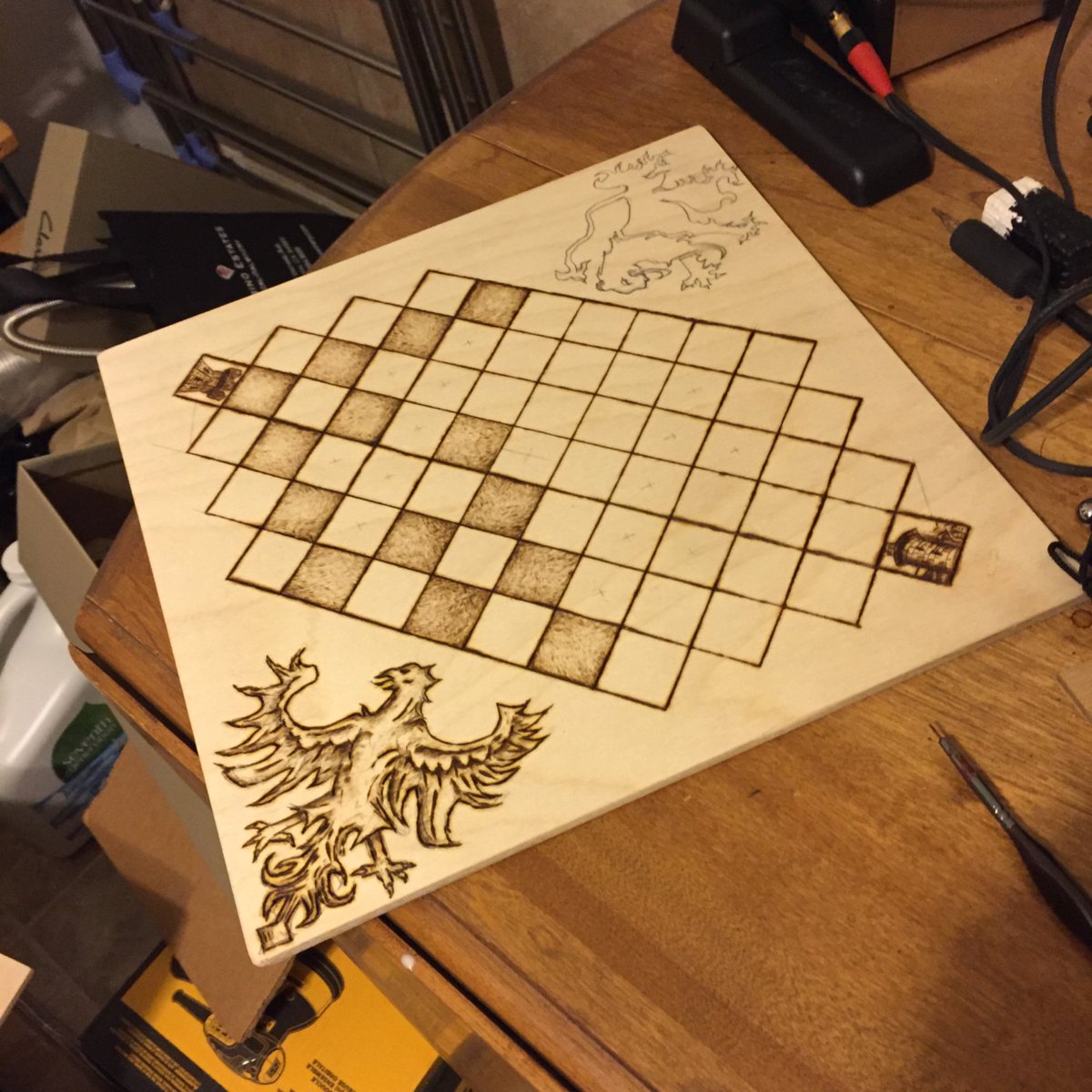 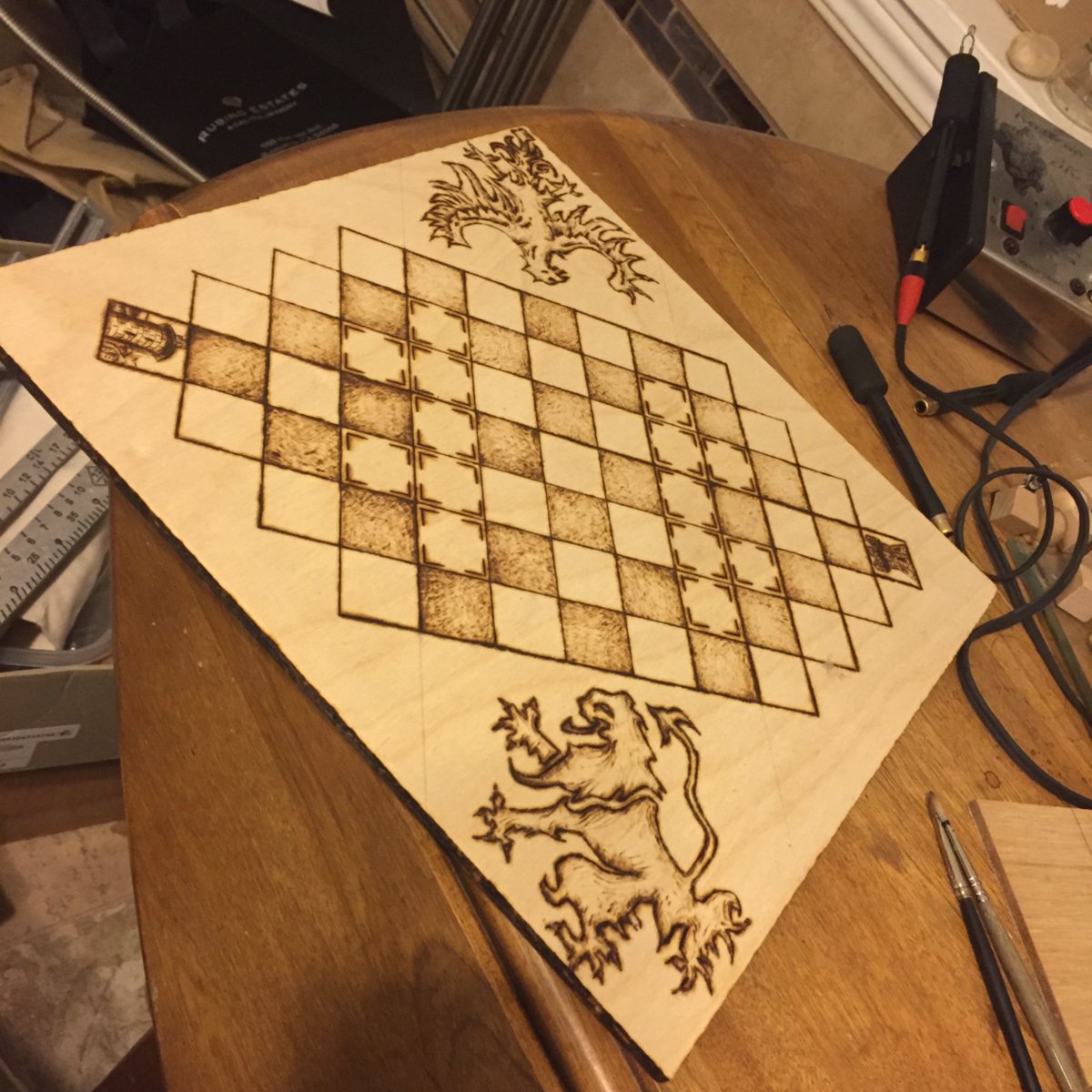 As I finish up the board, I felt the lion and eagle needed some contrast with the background. I was a little bit nervous about darkening the background. When you’re this far along a project, there is always risk you can ruin it. I suppose that risk is always there, but it’s more painful when you’re almost done!. I took the chance and started to burn the background in a swirling motion. 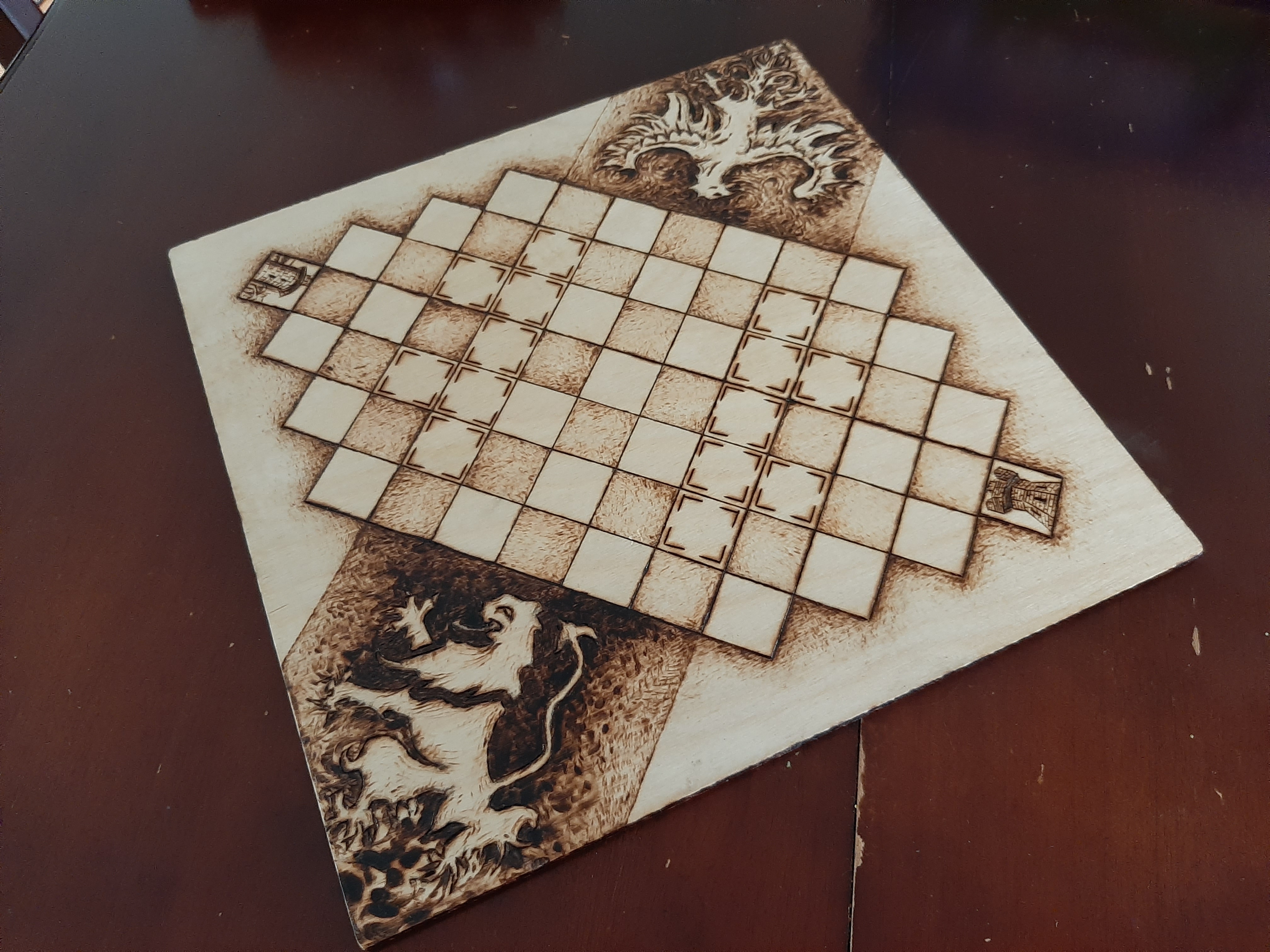 And I’m glad I did! It’s not perfect, but I like the rustic flag and it feels good to play on. I haven’t quite settled on the playing pieces yet, so that will be another project to work on…