A Review of TAFL by Jesse Robinson

TAFL an e-book by Jesse Robinson is one of the first books about hnefatafl. It takes a conversational approach and feels like you just had a good conversation with a random guy at the bookstore. In just 52 pages, he shows his disdain for video games, explains how board games connect us to the past and introduces the system of tafl games.

One problem with hnefatafl and the tafl family of games is the lack of standardized rules. Every one seems to play them slightly differently. I really like how Robinson introduces the tafl games by the characteristics they have in common and how they can differ into the plethora of variations that exist.

The book lists out 9 common characteristics as defined by:

The book also describes 8 variations that can differ from game to game:

This description of characteristics and variations is followed by some history with a notable mention to Swedish botanist Carl Linneaus. Who in 1732, came across the game of Tablut (a 9x9 variant) while touring Lapland and recorded the rules in his diary. These rules became the basis of the reconstruction of many tafl games.

The next chunk of the book is dedicated to 11 particular variations and their rules. It’s safe to say that each set of rules presented here are not written in stone and you may find different rules elsewhere. But they are definitely playable and represent a version of each of the following games: 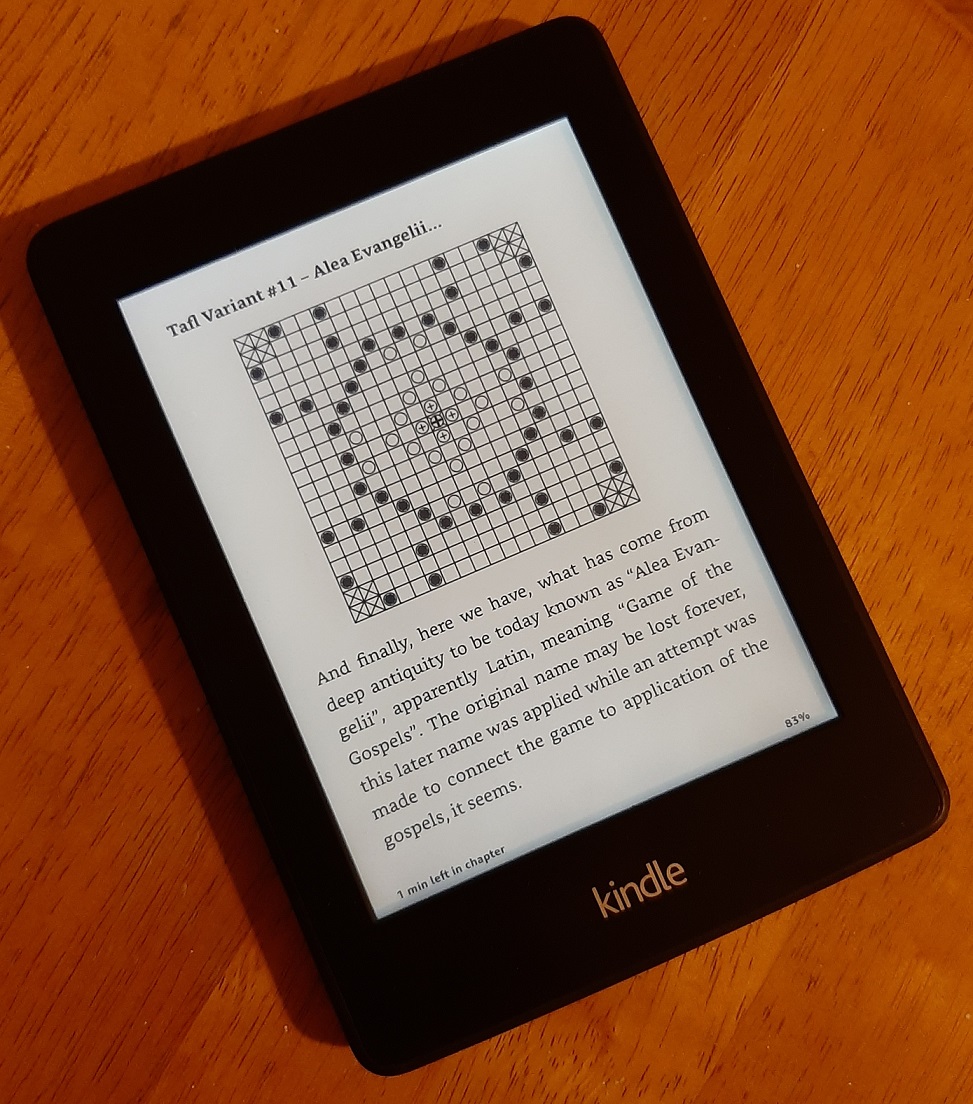 There are helpful diagrams of starting positions included with each section.

The books concludes with the position that some may argue the exact rules presented in the book lacks historic authenticity. Robinson’s answer to that? It doesn’t matter. There’s no real way to prove it one way or the other and it’s more important to just get a game on the table and start playing.

Overall, this is a good and easy introduction to tafl games. The author’s personal commentary is interesting and is becoming more and more relevant in this digital age. TAFL is book 1 of a series on ancient games that I hope to see continue.