Traditional Xiang Qi or Not?

I remember learning to play Xiang Qi (or Chinese Chess) as a young child. I was 6 or 7 and my uncle spent time teaching me all the characters and the moves on a traditional set. Xiang Qi pieces, unlike Western Chess, are simple discs with Chinese characters on them. Since I was a child, I was able to pick it up pretty quickly. It’s a great chess variant and although tons of people play it (because let’s face it, there are a lot of Chinese people in the world), I feel that it doesn’t get the international audience it deserves. This is probably due to the fact that it’s intimidating to learn the characters on the pieces and to make things worse, in some cases, the characters are different depending what side you’re on.

So needless to say, I was really excited to find a relatively cheap copy on Amazon (I think I spent about $17 on it) with figures instead of the traditional discs. I figured (no pun intended) this would be a great set to teach others with including my own young children. The set is quite nice and for the price I really don’t think I could have gotten a better set. 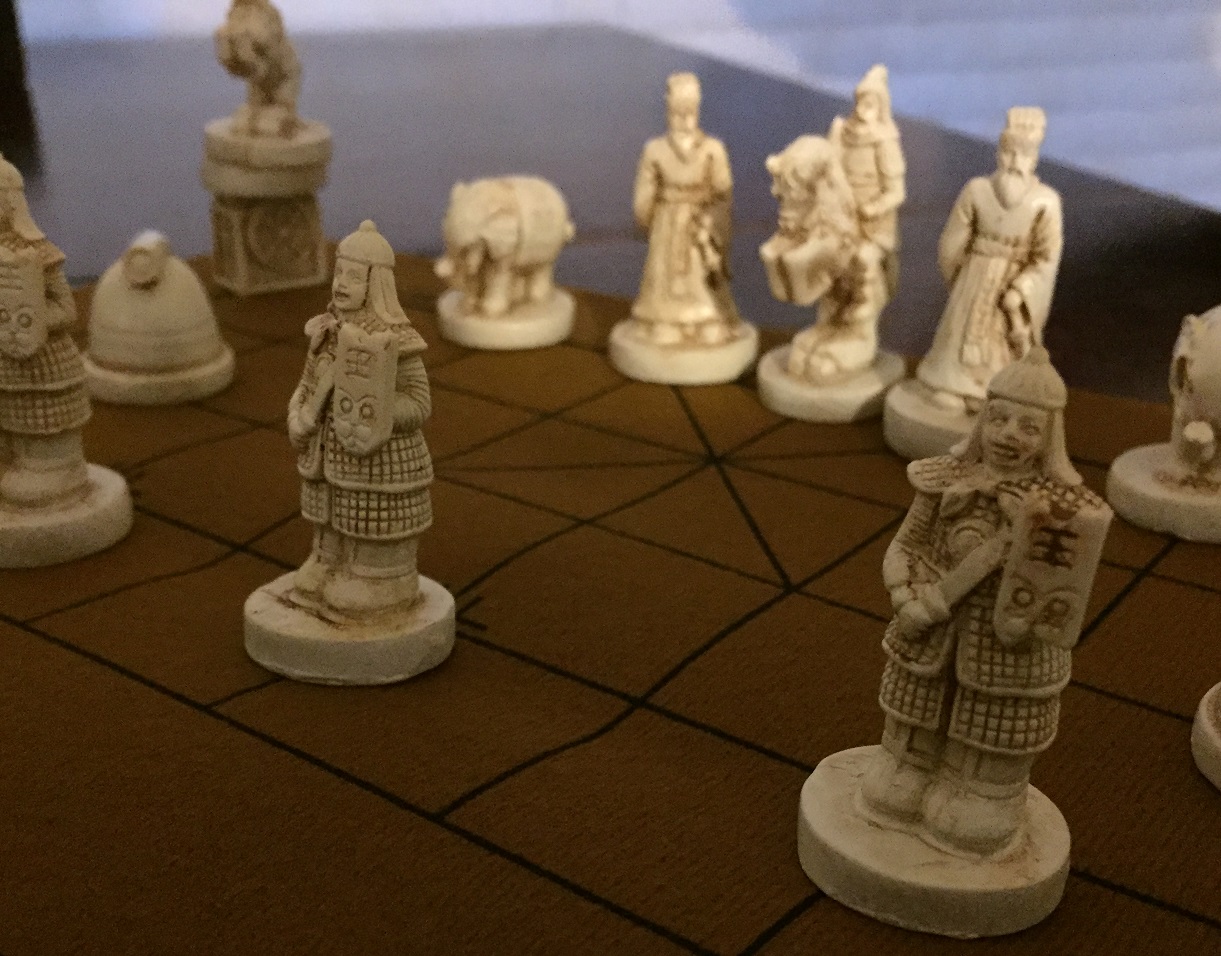 As I was setting up the pieces and showing my daughter how to play, I felt strange not showing her on a traditional set. Maybe it’s because that’s the way I learned, or maybe it felt less authentic with the figures. Either way, it didn’t feel quite right.

I don’t think it’s a requirement to play or learn on a traditional set. I’ve read debates on the merits of learning the traditional way vs. using “internationalized pieces.” I’ve heard people say that it’s better to take the time to learn the game the way it was meant to be played. I’ve also heard arguments on the other side for lowering the barrier to entry with language agnostic pieces. It’s likely I will end up playing with my kids on both types but it was interesting that I had an emotional response about it. And that emotional response brought back fun child hood memories playing with my family.
Perhaps above all else, that is the real tradition that’s important.