A World of Chess Review

There is no shortage on books about chess. A quick look on the internet in your favorite search engine will produce overwhelming results. There are books on the history of chess, the strategy of chess, chess variants, famous chess players and introductions for beginners. So when I was looking for a book about chess, there was plenty to choose from. I started off by picking up a copy of Murray’s History of Chess. Written in 1913, it is a well known classic with a comprehensive look at the origins of chess.

Although I’m sure it’s worth reading (and I still hope to finish it one day), I found it to be really dense and just a beast to read. That led me to picking up A World of Chess by Jean-Louis Cazaux & Rick Knowlton.

In contrast, A World of Chess was just easy to read from the beginning to end. It takes the reader on a journey around the world and into the past through the lens of chess variants and evolution. The book is divided into sections with the focus on a certain region. Every chapter gives a description of the variant and the history behind them. This includes excerpts of poems, other history books and archaeological finds. Every variant described is interesting in its own right, but a handful really stood out to me: Shatranj (an ancient version from the Persian Empire), Janggi (Korean Chess), Tori Shogi (Japanese variation based on birds). Makruk (Thai version of chess still played in Thailand today) and Gala (of Germanic origin with some interesting similarities to Hnefatafl).

The last section deals with the ever burning question,”Where did chess come from?” The origins of chess have traditionally thought to be from India. But the authors take a thoughtful approach on presenting different compelling theories.

Reading a history book about chess may seem like a daunting task but Jean-Louis Cazaux & Rick Knowlton makes it a delightful experience. The content is presented in an engaging manner that keeps the reader reading and not wanting it to end. 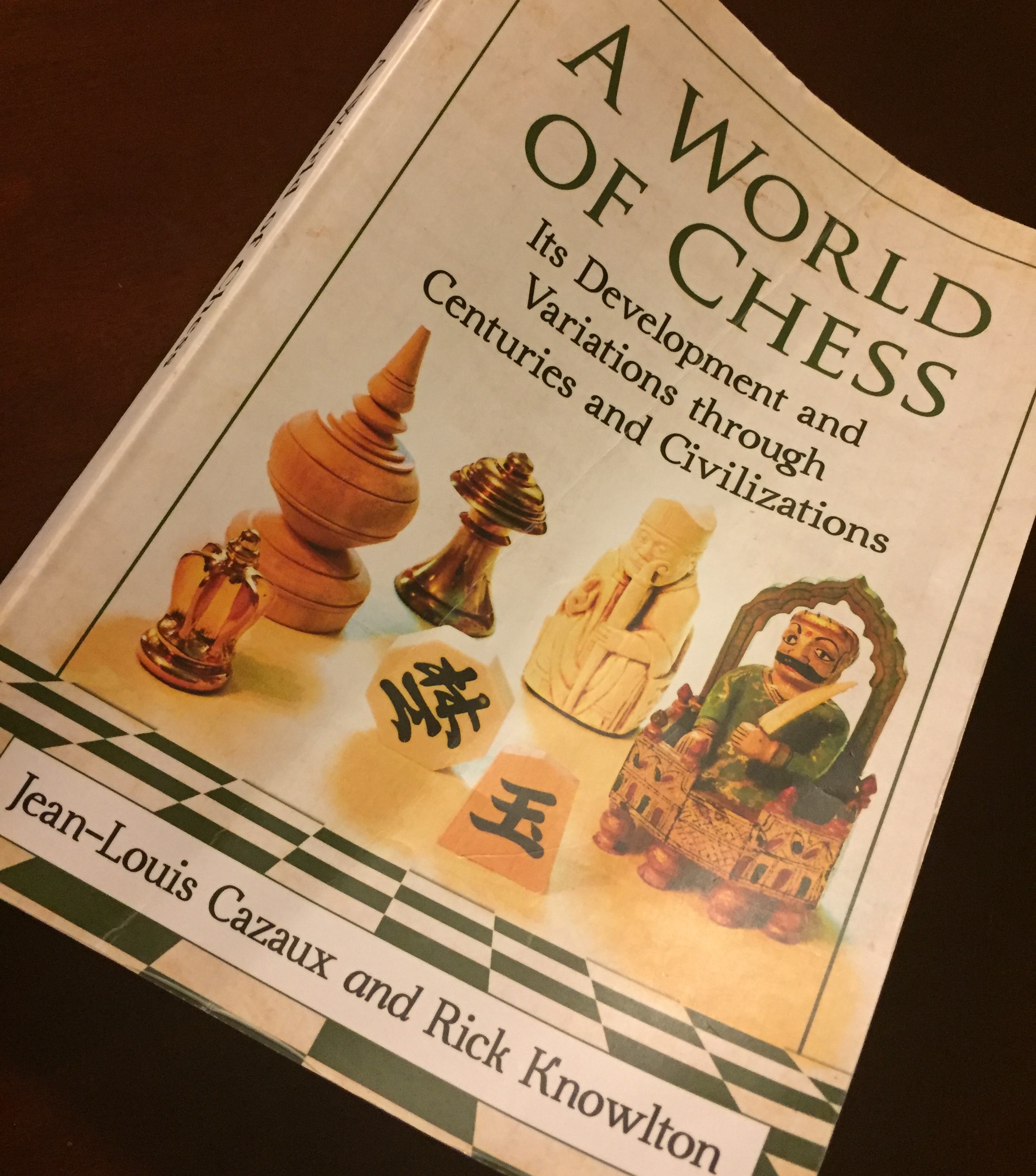