How to Play Five Lines

Five Lines was a game originating from Ancient Greece where it was known as Penta Grammai. The earliest reference to it is in 600 B.C. in a verse by Greek poet, Alkaios. It became popular among the Romans and boards have been found etched into pavements of old Roman towns. 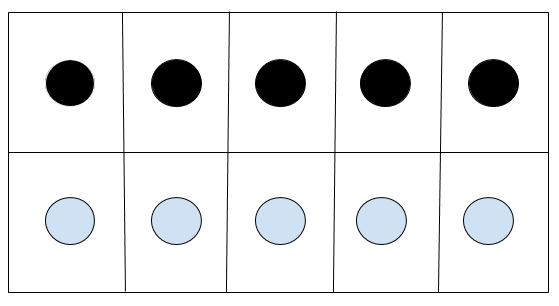 The first player able to get all 5 of their pieces onto the sacred line of the opposing side wins.