Roman Cats - A Retheming of Shut the Box

Retheming is a fun way to breathe new life into old abstract games. I recently experimented with making wooden Roman numeral dice and that is where the idea began. Shut the Box is an old English pub game that is still fairly popular today. There are many variations and sets available online.
I was thinking about how to make a set without having to construct the actual box. It’s a super simple game that could be potentially played using just a deck of card and set of dice. With this in mind, I made 9 cat tokens, each with a Roman numeral across the top. My 11 year old nephew and his friend assisted me with the cat drawings. Roman Cats, a kitty themed version of Shut the Box was born! 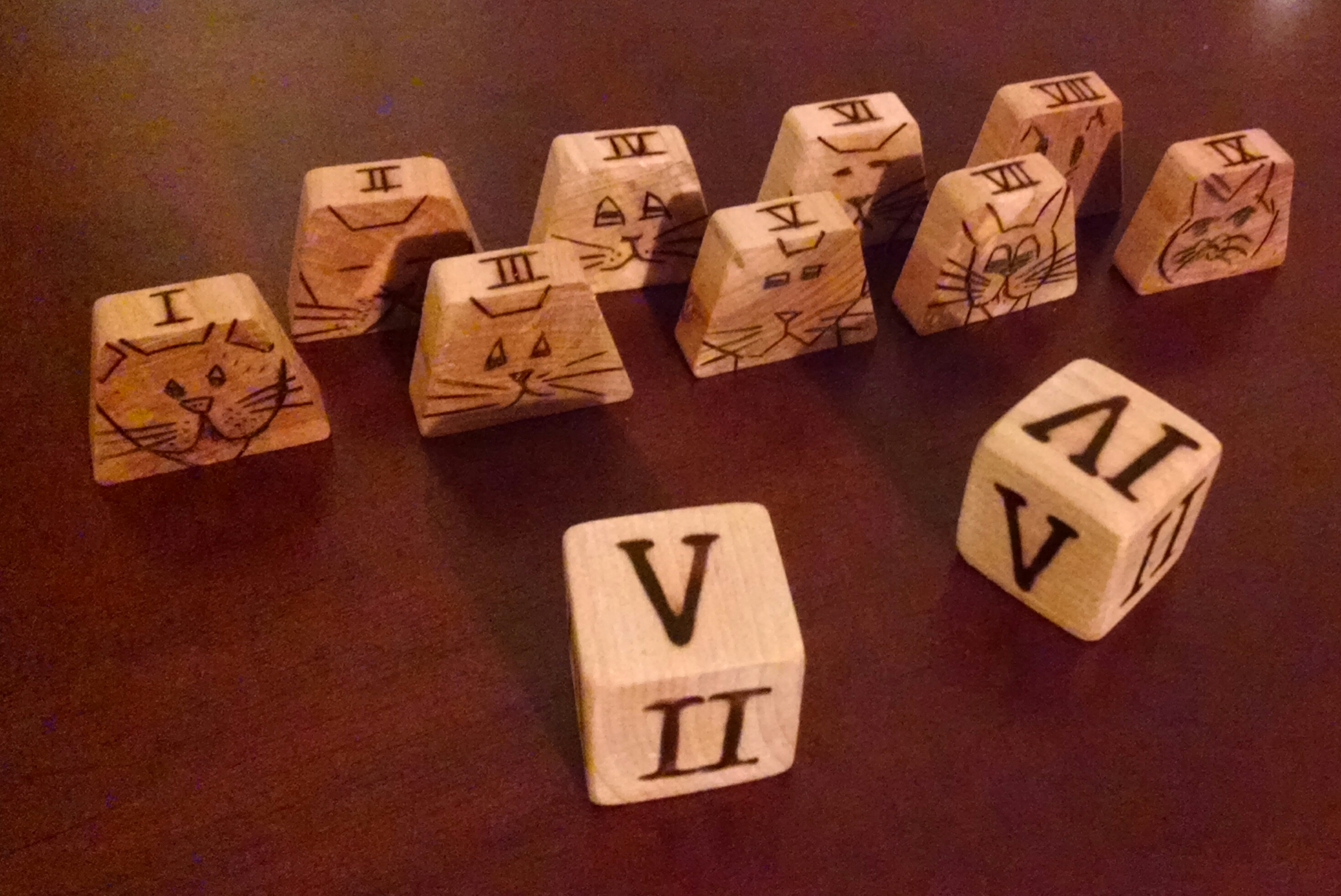 The player with the highest score wins.

Using Roman numerals added an additional learning element since you have to know your Roman numerals to play! It might also be interesting to make a Chinese version with Kanji characters. In any event, retheming games is a great way to include family and friends in interacting via board games. My nephew and his friend (who both happen to love cats) approved and enjoyed a game that they may have not otherwise played.

I know not everyone has the equipment to make custom wooden pieces. The wood burning kit itself can be a sizable investment. If you want to try the game out, feel free to download the print and play version. 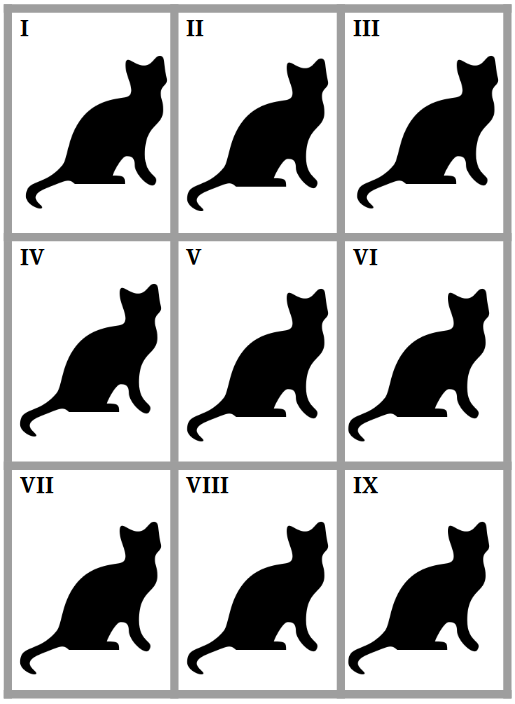 You can either cut out the cards or place coins to designate which cat number is taken. With this print out and a set of dice, you’ll be ready to play. Happy Gaming!