How to Play Fox and Geese

Fox and Geese is a northern European hunt game played with 13 geese and 1 fox. Its asymmetrical nature is similar to that of hnefatafl. Some theorize there is a relationship between two. Queen Victoria is said to also be a fan on this medieval game.

Arrange the 13 geese pieces on the board according to the following layout: 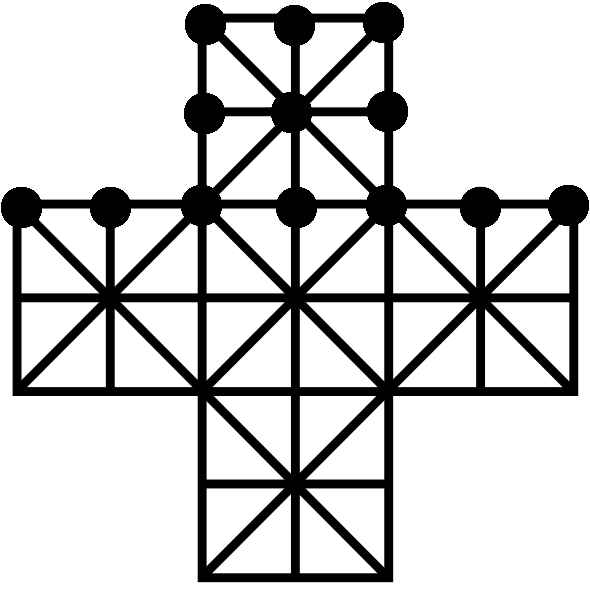 The fox player may place their piece on any empty point.

The geese wins if the trap the fox so that it may no longer move.
The fox wins if it captures enough (10) geese so that it can’t be trapped.

There is a slight advantage to the geese so switching sides will balance out the game.