How to Play Nine Men's Morris

Nine Men’s Morris is an ancient game with an unknown origin. Historic boards have been found in Troy, Ireland, and Egypt. The Romans took it across its empire and it has even found it’s way on the back of Viking Hnefatafl boards. 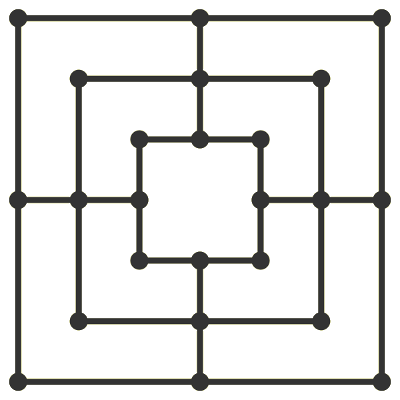 The first player to capture all but 2 of the opponent pieces wins .

There is a slight advantage to the first player so switching who starts first will balance out the game.