How to Play French Military Game

The French Military Game is a 19th century game played with just 4 pieces: 3 hunters and 1 prey. It was popular among French officers during the Franco-Prussian War of 1870-71. Also known as Hare & Hounds, it is one of the smallest hunt games. Mathematician Martin Gardner, writer of monthly column “Mathematical Games” in Scientific American stated that the game “combines extreme simplicity with extraordinary strategic subtley.” 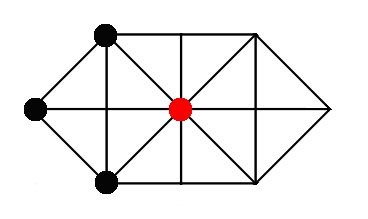 Hunters wins by trapping the prey so that it can no longer move.
Prey wins by passing all the hunters and reaching the other end of the board.

If the hunter doesn’t advance to the right in 10 moves, the prey wins.