Fanorona is a game from Madagascar that dates back to 1680. It is a beautiful game played with 44 pieces (22 per player) and has a unique method of capturing. The game has experienced a bit of a revival in modern times due to its inclusion in the Assassin’s Creed video game. 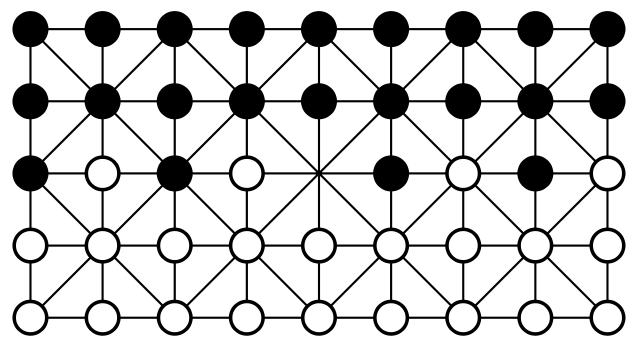 Player wins by capturing all the opponents pieces.

Fanorona is a really interesting game with a rich history. Although a derivative of the Moorish game alquerque, the unique capturing methods makes it stand solidly on its own.