A Review of The Lewis Chessmen Unmasked

Any fascination with the ancient game of hnefatafl will eventually lead to the Lewis Chessmen. The most commercially available set, The Viking Game uses pieces inspired by them. The more motivated enthusiast have used them in DIY sets and their Norse origin is undeniable. There are a ton of books out there about the Lewis Chessmen. The British Museum and the National Museum of Scotland put on a joint exhibition (not all the pieces belong to one museum) in 2010. The Lewis Chessmen: Unmasked by David Caldwell is the companion book to that exhibition.

The Lewis Chessmen is a collection of chess pieces dating back to the 12th century. They were found accidentally in the Isle of Lewis. The book does a wonderful job of describing its mysterious discovery, its Scandanavian roots and theories about who they may have belonged to. It’s a short (80 pages) companion book and catalogs each piece with beautiful photographs. Two of the pages are dedicated to connecting the chessmen to hnefatafl, suggesting that the kings doubled as pieces in both games. There is evidence to support this notion as double-sided boards have been found at archaelogical sites.

The book is a great read and introduces these little figures in a compelling way. Though it is a pale substitute for viewing the chessmen in real life, it does a pretty good job of fueling the intrigue. 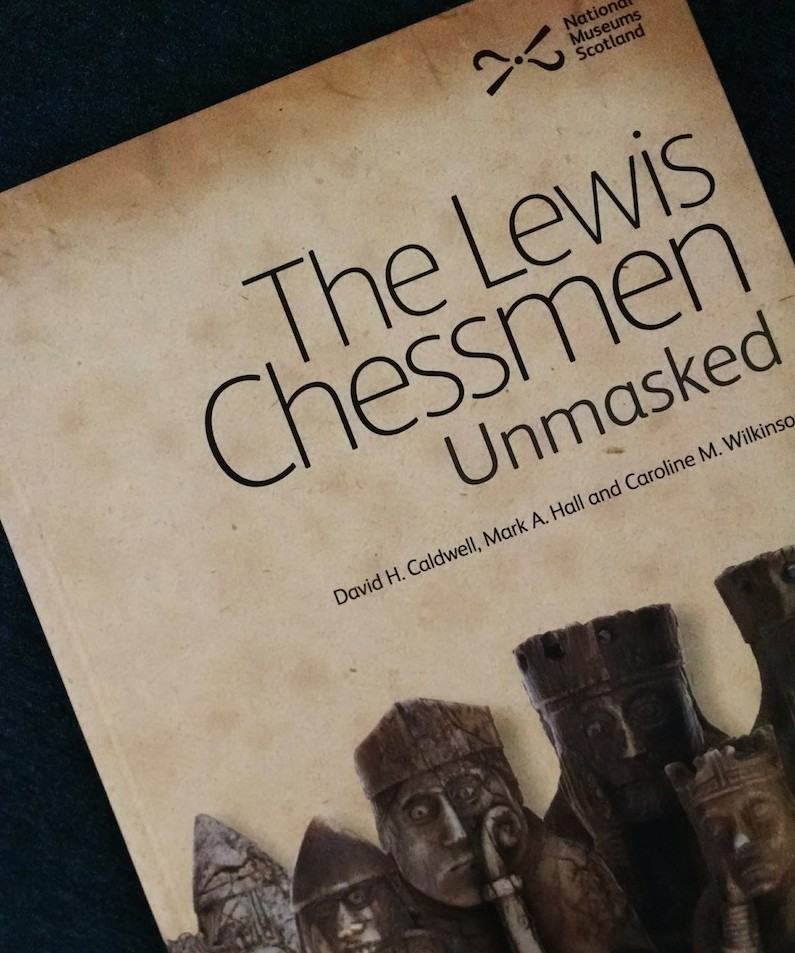